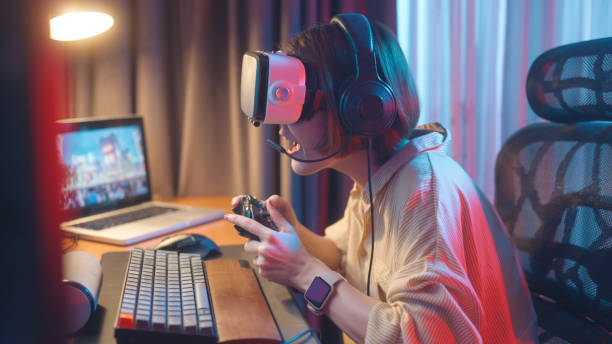 Prototype 2 is an open-world action game set in New York City. The game follows the story of Sgt. James Heller is out to get revenge on the man who killed his family: Alex Mercer.

Prototype 2 is a sequel to the original Prototype game, and features new gameplay mechanics and a new setting. The game was released in 2012 and is available on PC, Xbox 360, and PlayStation 3.

Games like infamous – Infamous 2 and Prototype 2 are both open-world action games that offer a lot of player choice in how they approach the game. Both games focus on combat, with a variety of melee and ranged weapons available to the player. Both games also have a morality system, where the player’s choices affect the world around them.

Crackdown 2 is a 2010 open-world action-adventure video game developed by Ruffian Games and published by Microsoft Game Studios. It is the sequel to the 2007 video game Crackdown.

The game takes place in the fictional Pacific City, 10 years after the events of the first game. The game’s storyline revolves around the Agency’s struggle against the Cell, a terrorist organization that has taken over the city. The game received generally positive reviews from critics.

Sleeping Dogs, Prototype 2, and other similar games are set in an open-world environment where the player can roam freely and complete missions at their own pace.

The player is often given a large amount of freedom in how they complete missions, and the games often have multiple side missions and activities that the player can take part in.

These games often have a large focus on combat, and the player often has a wide variety of weapons and abilities at their disposal.

Saints Row: The Third is one of the most over-the-top open-world games ever made, and it’s also one of the best.

The game is set in the city of Steelport, and you play as the leader of the Third Street Saints, a street gang that’s trying to take over the city.

The game is incredibly violent, and you can pretty much do anything you want. There are also a ton of side missions and activities to keep you busy.

If you’re looking for an open-world game with a lot of action and mayhem, then Saints Row: The Third is the game for you.

Just Cause 2 is an open-world action-adventure video game published by Square Enix. It was released for Microsoft Windows, PlayStation 3, and Xbox 360.

The game is set on the fictional island of Panau in Southeast Asia. It features sandbox-style gameplay that emphasizes free-roaming exploration.

Red Faction: Guerrilla is a third-person shooter video game developed by Volition and published by THQ. It was released for Microsoft Windows, PlayStation 3, and Xbox 360 in 2009. A sequel, Red Faction: Armageddon, was released in 2011.

The game is set on Mars in the year 2075, fifty-seven years after the events of the first Red Faction. The game follows an insurgency against the ruling Earth Defense Force (EDF) on Mars.

The Saboteur is an open-world action-adventure video game set during World War II in occupied France. It was released in December 2009.

The game’s protagonist, Sean Devlin, is an Irishman who is working with the French Resistance to defeat the Nazis. The game is set in three main areas: Paris, the French countryside, and Nazi-occupied Europe.

Mercenaries 2: World in Flames is an open-world action-adventure video game developed by Pandemic Studios and published by Electronic Arts.

The game was released for Microsoft Windows, PlayStation 3, and Xbox 360. It is the sequel to 2006’s Mercenaries: Playground of Destruction.

The game features an open-world environment and allows players to take on the role of a mercenary who can be hired by different factions to do jobs such as destroying enemy bases and capturing or killing enemy personnel.

The game also features a cooperative multiplayer mode in which players can team up and complete missions together.

There are many games like Prototype 2 that feature assassination as a central gameplay mechanic. In these games, players often take on the role of an assassin, working to take out targets while avoiding detection.

These games often require players to use stealth and strategy to complete their objectives, making for an engaging and challenging experience.

Many of these games also feature open-world environments, allowing players to explore and find new ways to complete their objectives. Assassin’s Creed is one of the most popular games in this genre, and it features a rich and detailed world that players can explore.

If you’re looking for a game like Prototype 2 that features assassination gameplay, then be sure to check out Assassin’s Creed.

Inspired by the best-selling comic Mythos and the favorite character of DC Comics, Batman,

The game is set in the fictional Arkham City, which is an isolated section of Gotham City that has been walled off and turned into a maximum-security prison. The player controls Batman as he tries to stop the Joker and other villains from taking over the prison.

Batman: Arkham City is a game that is similar to Prototype 2. Both games are set in large, open-world environments and allow the player to freely explore them. Both games also focus on combat, with the player having to fight their way through enemies to progress.

Borderlands is a first-person shooter video game that was released in 2012. The game was developed by Gearbox Software and published by 2K Games.

The game is set on the planet Pandora, and the player takes on the role of one of four vault hunters, who are on a quest to find an ancient alien vault and stop the ruthless Handsome Jack from opening it.

The game is played from a first-person perspective, and the game world is interactive, allowing the player to destroy objects and enemies. The game features a number of different weapons, and the player can choose to use them in different ways.

The game also features a number of different enemies, and the player must use their wits and weapons to defeat them.

Far Cry 3 is a first-person shooter video game for Microsoft Windows, Xbox 360, and PlayStation 3. It was made by Ubisoft Montreal and put out by Ubisoft. It was released on November 29, 2012, in Australia, November 30 in Europe, and December 4 in North America.

A standalone expansion entitled Far Cry 3: Blood Dragon was released on April 30, 2013. The game’s plot revolves around the kidnapping of protagonist Jason Brody’s friends by pirates, and Brody’s attempt to rescue them while under pressure from the police.

Mafia II is a third-person action game set in the late 1940s and early 1950s, during the height of organized crime in America. The game follows the story of Vito Scaletta, a young Italian-American immigrant who quickly rises through the ranks of the criminal underworld.

While the first Mafia game was set in the 1930s, Mafia II is set in the late 1940s and early 1950s. The game follows the story of Vito Scaletta, a young Italian-American immigrant who quickly rises through the ranks of the criminal underworld.

Mafia II is a third-person action game that features both shooting and driving gameplay. The game is set in the fictional city of Empire Bay, and players will be able to explore various neighborhoods and landmarks.

The game also features a wide variety of weapons, and players will be able to use both melee and ranged weapons to take down their enemies.

Mafia II is a sequel to the original Mafia game and was released in 2010.

Darksiders is an action-adventure game set in an open-world environment. The game is played from a third-person perspective and its world is navigated on foot or by vehicle.

The player controls the protagonist, Prototype 2, who can shapeshift into other people and use their memories and physical forms to gain information and access areas that are otherwise not available.

The game features a number of side missions, which are not required to complete the game but help to further the player’s understanding of the game’s story.

The prototype is an open-world action game set in New York City during the outbreak of a virulent strain of the Blacklight virus. The game follows the story of Sgt.

James Heller as he sets out to exact revenge against the man who he believes is responsible for the death of his wife.

Along the way, Heller will discover that he has the ability to shape-shift into anyone he comes into contact with, giving him a vast array of options when it comes to taking down his enemies.

An action-adventure-packed game developed by Ubisoft Toronto and published by Ubisoft in 2020 is the latest addition to Watch Dogs series. The game is set in the fictional city of London.

The player can roam freely on foot, using vehicles or the city’s underground transport, and needs to complete several missions.

The main focus of this game is on a hacker group named DedSec as they want a clean chit on their name from the city’s serial bomb blasts and to make their citizens free from the surveillance of private military companies. The game is best suited for Xbox, Stadia, Playstation 5, and Windows PC.

An Action-adventure, first-person shooting game developed by Raven Software and introduced by Activision in 2010.

This game is motivated by Unreal Engine3 of Epic Games. The main attraction of this game is the Time Manipulation Device(TMD) which is a time machine that can move something forward or backward by time travel.

The best features are you can upgrade this TMD and yourself while playing this game. The player is Nathaniel Renko, a member of the US Recon Marines who has to save a scientist named Nikolai Demichev from a catastrophic fire.

Here uses TMD to manipulate the situation, but later, things change according to modern times, and the mystery unfolds slowly.

Developed by Climax Studios and published by Ubisoft in 2016, this game is a sub-series of Assasin’s Creed.

The game is set in contemporary 18th-century India when the Sikh Empire was engaged in a war with the British East India Company.

The player is assumed to be Arbaaz Mir. The main aim is to find and steal a mysterious item that belongs to Assassin’s order and protect his lover and friends from the enemies.  The players have access to the historical weapons used at that time.

A First-person shooter game was developed by Rebellion Developments and published by Bethesda Softworks in 2009. The game is best suited for Playstation3, Xbox, and Microsoft Windows.

To combat situations, the player has a wide range of weapons like AK-47, special knives, and special abilities, which he develops throughout the game.

An action-adventure game, a first-person shooting game developed by Arkane Studios and published by Bethesda Softworks in 2012.

This fictional game is set in the industrial city of Dunwall at the time when the city was hitten by the Plague.

The player is assumed to be Corvo Attano, the bodyguard of Empress of Isles. He has now become an assassin to seek revenge against those who framed false charges for murdering his owner.

He is backed by a group of those who want to claim the throne of Dunwall.

Why is Minecraft Not Working – Best Guides | 2022 Hack 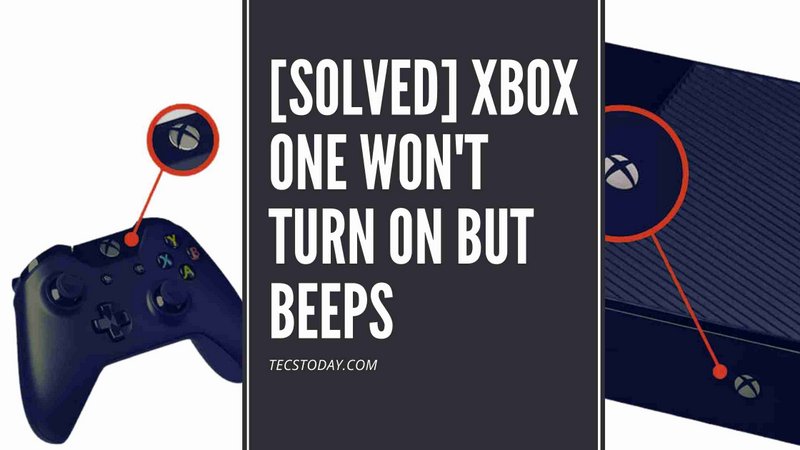 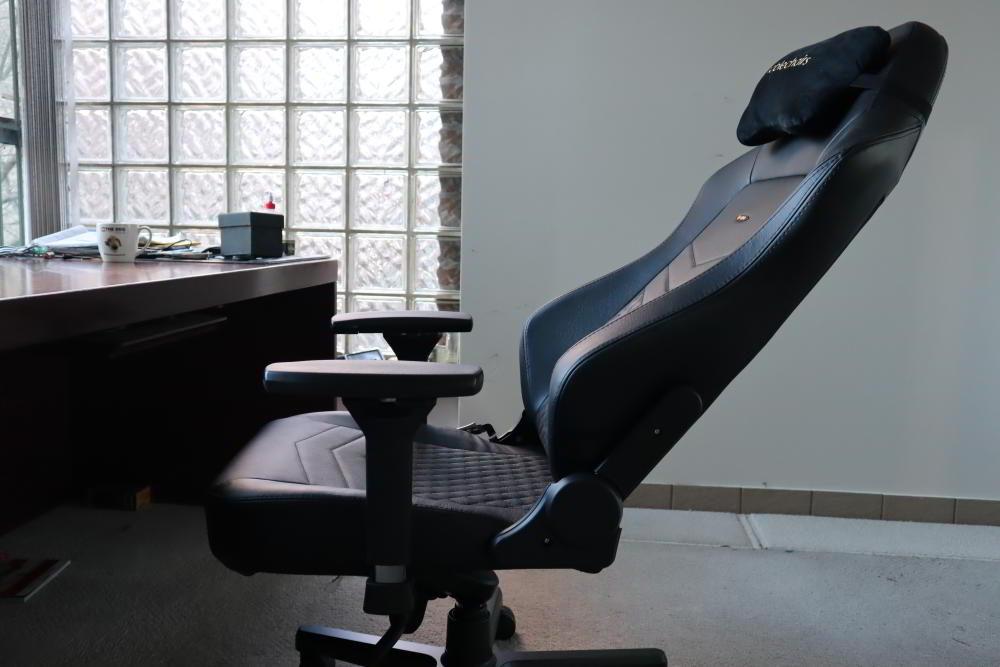